Best programming languages to learn in 2017 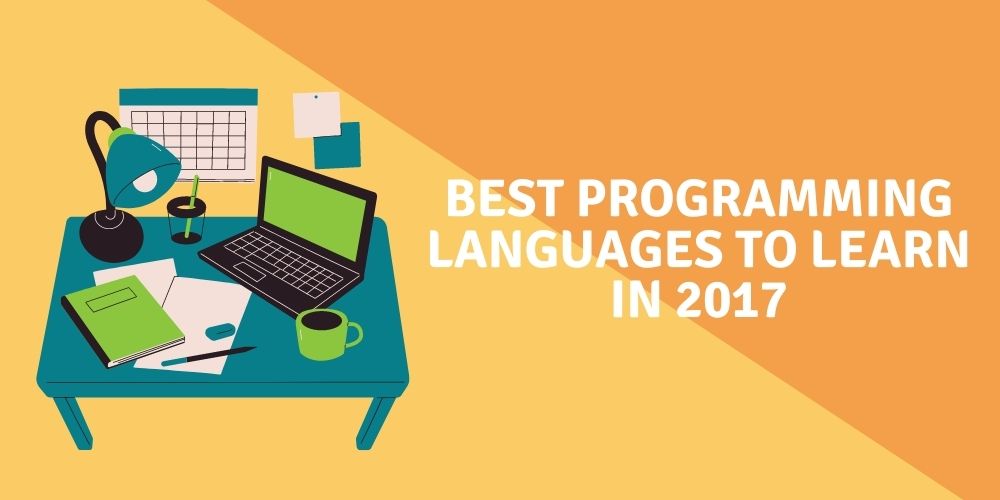 Whether you are just starting to learn to programme or are trying to decide which language to learn next, being aware of the latest developments and trends in the popularity and market value of the different programming languages can only be advantageous.

There are hundreds of programming languages and frameworks out there and more are being invented or refined each year. Throughout 2017, there have been a number of developments that have led to increased demand for certain languages.

Newspapers and tech blogs have been filled with stories about the growth of artificial intelligence and machine learning while big businesses are making the move from on-premises computing to cloud computing. There has never been such a good opportunity to diversify your programming portfolio by picking up a second language.

What is the best programming language?

When deciding which is the best programming language to learn, it is perhaps wise to define what the ‘best’ truly means.

If best means which is the most popular, then Java is by far and away the most widely used language around the world. The TIOBE Programming Community Index rates languages based on their popularity by using ranking factors including the number of skilled programmers, the availability of courses, and the number of third-party vendors. The top 10 looks like this:

With Java’s use in a variety of industries, it’s perhaps unsurprising to see the object-oriented giant continue its dominance as the most popular programming language.

Other noticeable trends outside the top 10 include Swift and Objective-C climbing the table to 12th and 16th and Go dropping down the rankings to 19th.

Another way of determining which is the ‘best’ programming language to learn is to look at the financial rewards of a career in that field. The FRG Technology Consulting salary survey used over 1,400 data points to find out what the average salaries were for different types of developers around the world.

Which programming language is right for me?

If you’re still deciding which language is right for you, we’ve selected some of our choices that we think are the most valuable from a career point of view, based on our salary survey data.

Java is used by billions of devices and millions of developers worldwide. This versatility is why Java is still viewed as one of the best programming languages to learn.

Java is commonly used in creating Android apps, video games, software and website content. It’s likely that you’ll often be using websites that are primarily using Java, including the likes of LinkedIn and Amazon.

JavaScript is made up of a set of objects and a core set of language fundamentals which provides assistance to its environment. It can be used as both a back end or a front end language, and there is a library of different ‘plugins’ to add to the code, including jQuery.

In terms of server-side programming, PHP is often considered the most used programming language in the world.

The building of websites and content input is often achieved through PHP and several popular Content Management Systems such as WordPress also rely on the language.

Ruby on Rails is a framework which makes it easier to use Ruby. It is advised, however, that you should be quite familiar and experienced with Ruby before using Ruby on Rails.

If you have a good understanding of using JavaScript as a programming language, then you’ll most likely be capable of using Ruby on Rails.

In addition, Ruby on Rails is used by several businesses including Airbnb, Twitter, and Groupon.

Python is a programming language that is object-oriented (i.e. data shows up in the form of fields). Some believe Python is similar to the English language, which makes it a great choice for beginners (as well as professionals) to pick up.

In simple terms, SQL is a programming language that stores, manipulates, retrieves and queries data kept in relational databases.

SQL describes a very precise structure to a database and offers a way to resourcefully put information in and get information back out of that database.

It is an efficient and reliable programming language used on websites including Netflix, YouTube, and Adobe.

Learn more about GO and how it works.

When it comes to creating iOS apps, there are no better languages to use than Objective-C and Swift.

Objective-C is a general purpose, object-oriented language that was used by Apple operating systems (including OS X and iOS) up until the introduction of Swift in 2014.

Swift is a multi-paradigm, compiled language developed by Apple to work with their Cocoa and Cocoa Touch frameworks, as well as with older Objective-C code. It uses the Objective-C runtime library which allows C, Objective-C, C++ and Swift code to all run within one program

Which programming language do you think is the best to learn right now? If you are looking for a new challenge or want to put your newly learned language to use in a new role, be sure to browse our available jobs.