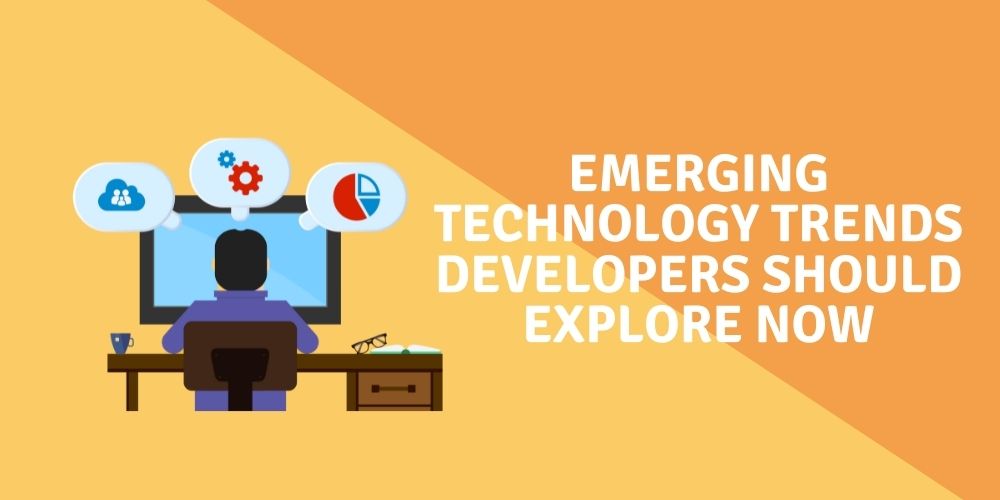 What are the upcoming emerging technology trends? New and developing technologies are rapidly advancing and changing the way we work.

Nevertheless, these trends are creating new creative opportunities for developers who are willing to pivot and embrace new skills.

Upcoming opportunities for developers are evolving from a gathering of innovative technologies including Artificial Intelligence, Virtual Reality, Augmented Reality, Internet of Things (IoT) and cloud technology.

In regards to these technologies, there is also an obligation to address potential security issues that arise from these emerging technology trends.

Year by year, there is always a great deal of developing technologies. But how quickly can developers adapt to these changes, and what do they need to know? The following list explains some of the emerging technology trends that every developer should consider exploring now.

Most people will have seen or heard about autonomous vehicles, robots or smart electronic machines. Think about the self-serving checkouts in supermarkets and the self-driving transportations – these are all signs of how developed technology has become.

The demand for engineers who are knowledgeable in AI is booming. Machines are quickly seeping into our lives, changing the way we live, how we work and how we entertain ourselves.

From voice-powered personal assistants such as Apple’s Siri and Amazon’s Alexa, there are quite a few examples and applications of artificial intelligence in use today.

Despite the growth of artificial intelligence, the technology is still in its early stages. For a system to be genuinely artificially intelligent, it must have the ability to learn on its own.

For example, Google’s DeepMind can make connections and reach implications without depending on pre-defined behavioural algorithms.

Artificial intelligence is being used today by businesses both big and small. The question is how much of an influence will this technology have on our future lives and what other ways will it permeate into our everyday lives?

Blockchain is the means of creating a distributed ledger for transactions, and offers benefits in transparency and security, though a lack of adjustment may slow its implementation across wide-ranging industries.

Associate Vice President and Principal Technology Architect at Infosys, Peter Loop, is championing the technology: “Despite misconceptions that Blockchain is years away, we’ll see full deployments in financial services, insurance, and healthcare industries next year. This will disrupt our payment systems on an international scale.”

Other emerging technology trends have a steeper learning curve according to Robert Bardunias, the co-founder and chief revenue office of IRIS.TV, who is looking forward to the inherent entrepreneurial focus of Blockchain.

Robert Bardunias states that the technologies are growing with real operational business applications in mind from day zero, so there’s no need on the development side to try to imagine cause use – they are happening and growing in real time.

Bardunias continues to mention that there is a real overwhelming challenge for those looking to develop skills in these areas will be how to keep with new emerging technology trends.

Virtual reality and augmented reality seem to be having their moment. Developers who are looking to develop products for either of these technologies, there are opportunities beyond creating secluded gaming experiences.

Christian Sasso, the assistant professor of the VR/AR Certificate program at San Jose-based Cogswell college, perceives augmented reality as one of the most critical and emerging technology trends of this year.

The potential for augmented reality and virtual reality will be dependent on the distribution and won’t be dominant until there is better evidence and lower-cost hardware, states Vishwa Ranjan, Head of Augmented and Virtual Reality at Infosys.

What’s the difference between augmented reality and virtual reality? Although they are closely linked, VR is about constructing entirely digital worlds, whereas AR is about enhancing reality with digital content.

VR and AR won’t purely just be for creating engagement opportunities for audiences, but will also be a vital part of the design process.

The process of VR and AR can be just as valuable behind the curtain as well as in front of it.

Apps that effortlessly stay connected as people move through their home, commute, and work are always in demand. More apps are being built to be plugged together, and the combined value is much superior to the sum of the parts.

A mesh network or app is one which has high availability; everything is connected to everything. If the path is unavailable, the network or app will find an alternative device to form the connection.

Taxi-like service company Lyft, for example, has integrated with comparable offerings in other countries; its ability to increase its offerings for traditional customers travelling abroad has meant quicker growth with minimal cost effects.

This technology promises a previously unseen level of connectedness – providing the lack of standards does not get in the way.

The concept of a digital twin was first heard of back in 2002, but thanks to the Internet of Things (IoT), it has now become cost-effective to implement.

A digital twin is a virtual model of a process, product or service. Software models that are tied to physical and virtual sensors can help predict product or service let-downs so that organisations can plan and allocate resources to make repairs before the failure happens.

Advances in machine learning and the adoption of IoT technology are helping to reduce costs for ‘digital twin’ modelling, which increases productivity and can bring down functioning costs over the life-span of a jet engine or a power plant, for example.

Some organisations have already launched digital-twin initiatives, although the primary projects utilising this technology are ones with huge investments behind them, and where the price of failure is excessively high.

NASA was one of the first to dabble with digital twin technology, as early as the first stages of space exploration. The challenge was how NASA would operate, maintain or repair systems when they weren’t in close physical proximity.

Some years ago, the year 2020 was considered to be the year in which autonomous vehicles would start to be seen on the roads of our cities, indicating, along with ride-sharing, the end of private car ownership.

A lot of sceptical people dismissed these notions as entirely unrealistic in society, but the development of robotic appliances has become more prominent than ever.

Home devices, industrial equipment, cars, and drones are seeing opportunities of development thanks to artificial intelligence and machine learning. According to research from Gartner, automakers will send 61 million data-connected vehicles off production lines by 2020.

Development in deep learning has improved computer vision, language processing, and speech, as well as the ability for machines and software to pursue a reward and capitalise on performance, according to Wayne Thompson, the chief data scientist at SAS.

Although there has been controversy over automation being seen as a job-stealing strategy, for some people it is a technology that has the potential to lead a brighter, more humane future.

What are your thoughts on these upcoming emerging technology trends that developers should be looking out for? Let us know in the comments.