Women make up just 11% of the developer workforce 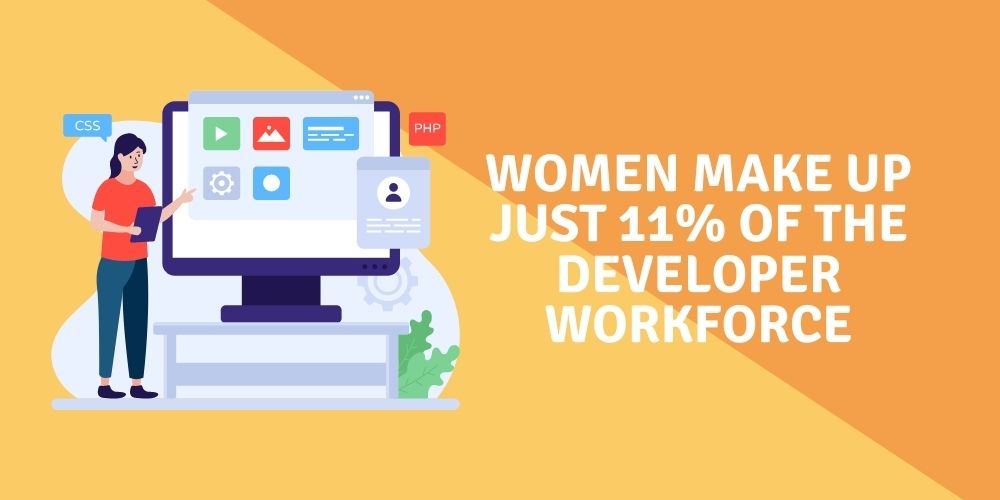 Recent data from the FRG Technology Consulting Java and PHP Salary Survey found that just over one in every 10 developers is a woman. In the web developer community, it is no secret that there are very few female developers.

The technology industry has a well-documented gender problem. The undervalued representation of females in the technology field has produced several industry panels, TED talks and the startups of many female-friendly coding organisations.

Nonetheless, there is evidence that female developers have made a huge impact on our society and the following five women have contributed to a lot.

Female Coders Who Changed the World

The director of software engineering at the MIT Instrumentation Laboratory, Margaret Hamilton wrote the code from scratch for the Apollo Guide Computer (AGC) project. The programmers, including Margaret, had to develop the code completely from scratch. The code was developed for the Apollo 11 mission.

Grace’s ideas took years to be accepted, but she developed a means of programming using words rather than numbers.

US talk show host, David Letterman, described her as the ‘Queen of Software’.

Although these six women didn’t receive any recognition for their contributions, they developed the first electronic programmable computer for the US Army’s World War Two effort.

Ada, the daughter of British poet Lord Byron, was a mathematician. Known as the ‘Enchantress of numbers’, she worked alongside Charles Babbage on his calculating machines.

During those days, only a few women studied science or maths. Most of all, she is commonly known as the founder of computing science and the world’s first computer programmer.

Joan worked at the British code-breaking centre at Bletchley Park during World War Two. She worked on the Enigma project which broke up and decrypted intercepted Nazi secret communications. She and a few others built some of the earliest computers—known as bombes—which were used to decipher the German codes. Their efforts are suggested to have shortened the war by up to two years.

Code First: Girls is a social enterprise which works with companies to help grow the number of women in tech. Founded in 2012, the company delivers training as well as community and corporate activities to raise awareness around the lack of women in the industry.

Women Who Code is a global non-profit which aims to inspire and encourage women to advance in their technology careers. A community of over 100,000 technology professionals supports the current generation of women in tech to become frontrunners and role models in the industry.

Girls Who Code is a non-profit organisation aiming to close the gender gap in the tech industry. Founded in 2012, it has since grown from delivering summer programs and after-school clubs to 20 girls to now working with over 40,000 girls who explore programming in a friendly environment. This is the equivalent to the number of girls who graduate each year with a degree in computer science.

Girls in Tech is a global non-profit which focuses on the education, empowerment and engagement of young girls and women who are passionate about science, technology, engineering and mathematics. It aims to fast-track the careers of innovative women entering the tech industry and supports them to build their own startups.

Code Like a Girl provides girls with the tools, information and support to thrive in the world of coding. They hope to inspire future generations of females to learn to code through their initiative and to encourage more females to become leaders within the industry.

Girl Develop It provides opportunities for women interested in learning software development through classes and community support. Their motto of ‘don’t be shy, develop it’ is their way of helping women build confidence in their careers as well as their everyday lives.

Kode with Klossy teaches 13-18-year-old girls to code as part of a two-week-long free summer camp. Founded in 2014 by Karlie Kloss, Kode with Klossy also offers career scholarships to young female developers and has built a national community aiming to change the role of young girls and women in tech.