The future of Google: nine things to take from the I/O Developer conference 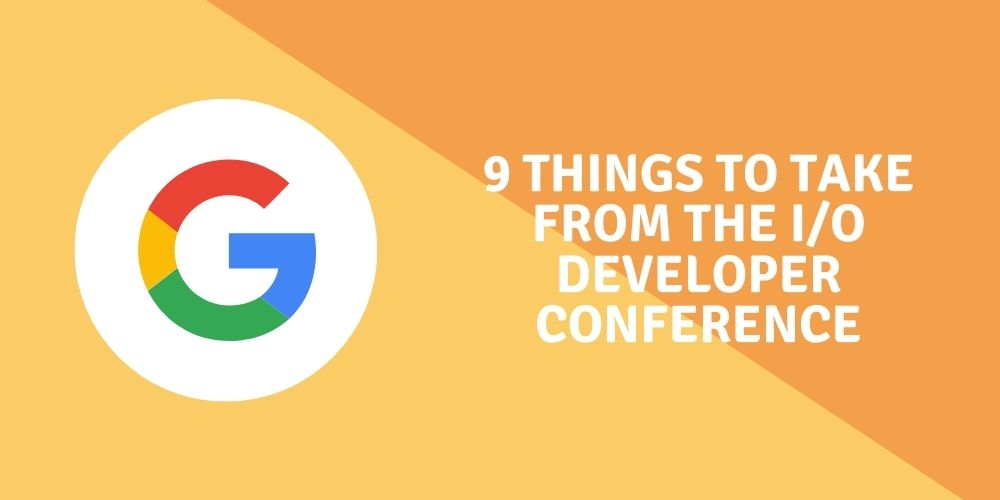 The Google I/O developer conference indicated no major product launches or drastic predictions of the future. As an alternative, there was a display of features, driven by artificial intelligence, designed to make people more associated, as well as more dependent, on Google.

By gathering all of the private data from its users with industry-leading artificial intelligence, Google is inserting itself into our everyday communications in ways they have never before.

The following are the key I/O reports that tell us about the future of Google.

Google has emphasised that the company has moved from a mobile-first to an AI-first approach. This means the company is placing AI at the core of all of its new products, whether that’s to improve image recognition in Google Assistant or for beating human players at games of Go.

Google wants to see and hear everything you do

Google’s Lens is their answer to Facebook’s augmented reality camera effects platform. Essentially, it compromises a set of vision-based computing competencies, combined into the Google Assistant photo app, which works to ‘understand’ what you’re looking at. By ‘understanding’ what you’re looking at, this means Google returns information to the user based on what it has seen.

Google Assistant is getting smarter

The equivalent of Siri for Apple iPhone, Google Assistant is embedded in Android devices such as Google Home, watches and smartphones. In the coming months, it is expected that Google Assistant will be able to have even more insightful conversations which will allow you to accomplish tasks with just a quick chat.

As well as voice recognition, Google Assistant will have the ability to understand, recognise and have conversations about what you see. An example of this would be if you were in a foreign country and you don’t read the native language.

With Google Assistant, you can hold it up to the sign advertising street food, for example, and it will ‘read’ and translate the text automatically. You can then ask ‘what does it look like?’ and Google will contextually recognise that the ‘it’ you are referring to is the name of the food written on the sign and it will provide you pictures of the dish.

Google Home is getting weirder (but more useful)

Google Home will now offer ‘proactive assistance’ rather than waiting for you to give it a command. An example of this would be that the device may inform you to leave the house earlier than usual due to heavy traffic.

Google Home give you the option to make hands-free calls and asking it to dial any landline or mobile number in the US or Canada results in no charge. Additionally, the device can now register and understand up to six different voices in one household and familiarise to each personal preference as a result.

A key focus throughout the keynote was to create an all-in-one experience across all devices, even if that device doesn’t exist in Google’s Android network. In short, this means Google Assistant is now available on the iPhone.

Compared to Siri, Assistant is considered to be more advanced because Google produces a lot more private data than Apple, who are more privacy-conscious. This allows typical Apple users needing to translate a sentence into another language, or ordering takeout using voice commands to be able to do this.

Google added stricter controls for creators on YouTube after it revealed that ads were being placed beside terrorist or hate speech videos. This meant that creators were making less money.

YouTube launched ‘super chat’ in January, where members of the audience can pay to have their comments presented visibly during a live stream. In return, these viewers can donate money to the YouTuber or to a chosen charity.

Google is targeting the recruitment industry

Who would have thought Google wanted a slice of the recruitment advertising industry? Google for Jobs is a new search function which makes it easier for people to find employment (but harder for those official listing sites to generate revenue).

Although it is still in early stages of development, with a selection of companies testing it out, this new feature could disrupt the recruitment industry altogether.

Google needs to attract the ‘next billion’ or two

During the conference, it was claimed that Google’s products boasted more than a billion monthly users including Google Search, Android, Chrome, Maps, YouTube, Google Play and Gmail. If this continues to grow, then Google will have to attract future potential users. Typically, users in countries with a lower income start their online journey via mobile devices.

Google has developed a mobile operating system for entry-level devices called Android Go. This device is designed to use less data and load apps quicker, even when the signal is poor.

Google is realistic about VR and AR

Recently, there has been a lot of buzz about virtual and augmented reality, but Google has approached this in a different way. Google first introduced Web VR earlier in the year and now is turning its attention to immediate and practical applications, as they have already created an entry level VR headset.

During the Google I/O conference, it teased some advanced detached headsets, made in partnership with HTC and Lenovo. There has been no mention of how much they will cost, nor what they will be called or when they will be available.