Java vs Python: the battle for programming language supremacy 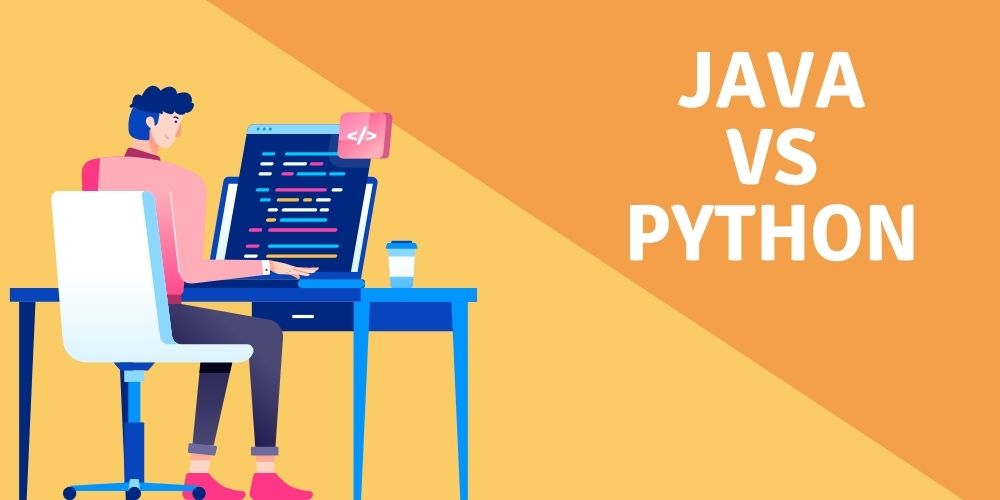 Deciding on the right programming language to develop an application can be tricky. There are hundreds for you to choose from, all battling for the top spot when it comes to business superiority. In this article, we’re looking at Java vs Python.

Programming languages are the building blocks of modern software development, held together by a cement of frameworks and APIs. Knowing which can offer your business the most benefits can help you to build the perfect application.

Currently, Java and Python top the PYPL Popularity of Programming Language Index. It’s this popularity that has seen the arguments over the two languages arise, and with many businesses favouring one over the other, there will be attempts to sway your decision to either side of the spectrum.

What are Java and Python?

The world of development is continually changing, but one element that’s remained static throughout this evolution is a stable programming language to build the foundations of an application.

Two of the most popular object-oriented languages on the planet, Java and Python are the first port of call for many businesses looking to build a web or desktop application.

With 9 million users worldwide, Java is probably the fastest and most reliable programming language a developer can use. Owned by Oracle, it was designed to look and feel like C++ but is much simpler to use when developing a piece of software.

While it can be hard to pin down why Java has skyrocketed to such popularity in a business environment, the fact its designed to have as few implementation dependencies as possible could have something to do with it. That, partnered with ease of use, gives some indication as to why Java tops the rankings.

Offering your organisation the opportunity to create everything from desktop software to mobile applications for Android, it has fast become the top choice for many businesses looking to break into the web and mobile sectors.

Python, on the hand, is one of the most accessible languages on the planet. Enabling developers with limited technical experience of the rhetoric to jump into a text editor and create an application.

Although the language is also object-oriented, its dynamic typing and binding options allow a developer to focus on the readability of code, which can make the language a more cost-effective and speedier alternative for your business.

From the bustling marketplace of available programming languages, Java and Python have risen to popularity as the top choice for modern developers and businesses looking to create top-class applications.

Strong developments trends have increasingly benefited Java and Python, and while apparent similarities can be picked up on, you’ll need to dive deeper under the hood to uncover other shared technical elements.

What you’ll need to remember is that some of these differences may not be noticeable to the untrained eye, and while they will appear in compiled code, you may need to bring in a skilled developer to help you decipher them.

Java and Python are both object-oriented

When taking a detailed look at the two programming languages, the first and probably most common shared feature between them is the fact they’re both object-oriented. This means Java and Python allow your business to model a domain as a series of objects and classes more closely mirroring their real-world counterparts.

Java and Python have a large community backing

There is no denying that Java and Python are powerful development tools. Part of this dominance comes from the support of development communities who create new elements of the language, maintain its current condition, and offer advice to fix common issues.

Although the programming languages don’t share the same libraries or algorithms to solve problems, both have strongly benefitted from being open-source, as the versions of the language utilised in business today have been influenced by the people who use them most often.

Python and Java both take out the trash

A further programming element that Java and Python share is the inclusion of a garbage collector. This form of automatic memory management systematically recovers pooled storage, occupied by objects, that is no longer in use by an object.

This memory management procedure allows your team to work more effectively; your developers won’t have to keep track of references or worry about memory leaks happening during development.

The differences between Java and Python

Although both languages have their merits, the significant difference between Java and Python is that one is statically typed and the other is dynamically typed. What that means for your business is that Python will perform type checks when running, whereas Java will do the same when compiling.

When developing an application in Python, it will interpret and run even with glaring errors in the code. Java in comparison will require you to fix all issues and bugs before your application will run in a development environment.

They both have different language structures

When it comes to language structure, Java and Python are complete polar opposites of each other. Using different techniques to create software, the chances are if you choose to develop an application with both languages, you’ll need to hire multiple developers.

One of the standout difference in the coding languages is that a Java developer will enclose an instruction in a bracket, whereas a Python developer will utilise an indentation to perform the same tasks in a text editor.

Although it may only be small, it’s this noticeable difference that allows a Python programmer to type faster than a Java developer working on the same project, enabling them to complete projects in a quicker period of time.

The speed when typing a programming language is not the only noticeable difference between Java and Python, and when making your decision, the rate at which your application can be deployed should also be a key consideration.

Although Python runs slower than Java when compiled, it takes less time to write in a text editor, with the lines of code actually being three-to-five times shorter than Java.

Stemming from Python’s rich syntactic support, an element built straight into the language, its dynamic typeface enables your team to create, test and deploy applications quicker than if it was developed using Java.

However, speed when creating an application shouldn’t be the only thing your business considers, and if you require a language with a faster runtime, then you should consider using Java over Python.

Mobile development is still a very niche concept for businesses, but if you’re choosing to make a move into the sector, using Java as your primary programming language ahead of Python will allow you to create a better application.

One of the two primary languages associated with the development of Android mobile applications, Java allows your developers to utilise all of the ins and outs of the programming language, including frameworks and other dev tools to create top-class applications.

Python is a better language for less-experienced coders

While Python and Java have been around for many years, the fact that Java is one of the most complicated programming languages to master makes Python the language of choice for those breaking into the world of development.

A general-purpose programming language, Python be used to create any application. Renowned for creating top-class data analysis tools and scientific computing algorithms, because the language reads more like English than Java, it makes it a more intuitive option for those who are new to development.

What are the growing trends in Java and Python

In the business world, Java isn’t as trendy as it once was, but there is no denying its still the most popular programming language used across the world.

Python, on the other hand, has experienced substantial growth in recent years, primarily thanks to the uptake of data science and the implementation of big data, it still has a little way to go before usurping Java as the top dog.

The enhanced popularity of Python could be attributed to greater understanding of the flexibility and freedom it offers organisations that use the language in everyday development.

Partner that with Python’s ease of use and dynamic typing, and it’s fast becoming the language of choice for new businesses looking to break into the development sector.

What is the cost of using Java or Python?

While Java and Python have their technical similarities and differences, the primary concern for businesses looking to embrace the language is the costs they are likely to face when introducing it to their development floor.

Many businesses operate Java 8 as the standard programming language within their tech stack, but with massive changes expected in the coming months to that version of Java, failure to transfer to new versions of the language could be rather costly.

After January 2019, any business that wishes to run Java 8, the current long-term support version of the language, will face a hefty bill from Oracle, as you’ll need a commercial license to maintain the regular security updates of the language.

This need for a commercial license comes hot on the heels of Oracle also announcing that a new rapid release of Java will happen every six months rather than the previous three-year life cycle.

While you’ll still be able to pick up a free version of Java 8 and the JDK before the end of its supported lifecycle, if you’re still behind the times with an older version, it could cost you more in the long term to future-proof your applications.

In comparison, every element of the Python programming language is completely free of charge for businesses and developers who choose favour the language.

Developed under an open source license, all of the elements associated with the language are maintained by the Python Software Foundation free of charge.

But the freedom with Python doesn’t stop there. Not only is the base level of the language free, other iterations including CPython and Jython are also completely free for your business to download and use.

Is Java or Python the language of the future?

Although the world of application development will continue to evolve, certain things will remain constant, and those are the programming languages used to create the application.

Whether you choose to use Java or Python for your development tasks may come down to the applications you want to create, as although both are suitable for generic programming tasks, they also have their specialities.

What you’ll need to remember when making your final decision is that neither language will fit with all your development tasks, and you should plan for that eventuality by having a team of developers familiar with a variety of programming languages.

If you’re looking to future-proof your business and move into mobile development, then Java should be your language of choice. Offering the prospect of a smooth transition into Android development, the available supporting frameworks and APIs should allow you to enhance your Java productivity.

That said, if the focus of your business is around data, numbers, and the flexibility of coding, then Python could be the best choice.

Java and Python have their positives and negatives when it comes to business utilisation, and as both programming languages are expected to stick around for the long haul, you won’t come across many issues whichever you choose for your primary development tool.

When searching for the right programming language, it’s vital you check out all the options before you make a final decision, and if you need to combine more than one language, ensure they are compatible to help you get the tasks done.

Looking to add a new developer to your roster? Browse our candidate search portal to find your perfect hire

Register now to see our handpicked Java and Python developers.