Oracle no longer interested in the development of Java EE 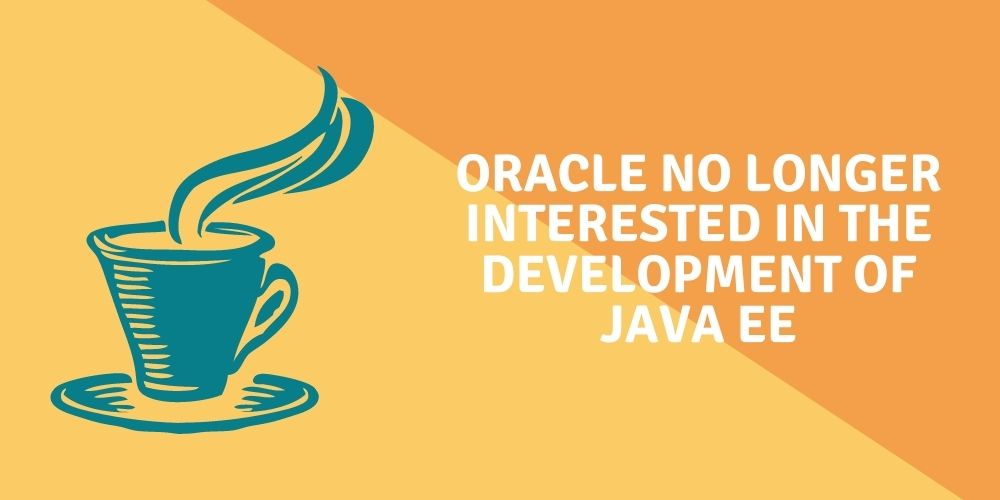 Oracle is considering restructuring after announcing they are no longer interested in the development of Java EE.

It has been announced that Oracle is no longer interested in leading the development of enterprise Java, and they are now in the market for an open source foundation.

With the upcoming Java EE 8, it presents a prospect to reconsider how the platform is developed. Though development is done through open source with community contribution, the existing Oracle-led development is not seen as active, flexible or open enough.

Oracle is planning to explore its need to divest Java EE with the open source community, licenses, and candidate foundations. Though Oracle has yet to name possible candidates, the Apache Software Foundation and the Eclipse Foundation are likely contenders.

Oracle has already given the OpenOffice productivity suite and the NetBeans IDE to Apache, and the Hudson integration server to Eclipse. Similar to Java, all three technologies – OpenOffice, NetBeans, and Hudson – were all picked up by Oracle’s 2010 acquisition of Sun Microsystems.

Read more on the developments of Oracle’s separation from Java EE, and how this will impact the future of development.

Oracle has been fairly quiet about the headway of its enterprise Java overhaul, but this is likely to change before long with the upcoming arrival of Java Platform, Enterprise Edition 8, also known as Java EE 8.

The upgrade configures enterprise Java for cloud and microservices environments. According to the official specification, Java EE 8 is about simplification while lengthening the choice of the platform to suit emerging technologies in the cloud and web. The specification also highlights HTML5 and HTTP/2 maintenance.

Java EE 8 will be followed next year by Java EE 9 as part of the two-phase effort to configure the platform for modern-day cloud and microservices deployments. Java EE 8 is centred on accommodations to configure services and on health-checking to administer services.

Included in the Java EE 8 development process, Oracle has been working on GlassFish 5. GlassFish 5 is an open source application server that has served as a reference implementation for the Java EE platform.

Read more about how Java EE 8 will support Java technology specifications and its rebellion results in MicroProfile support.

How to get Android Oreo now, if you have a compatible device

Android Oreo is available to you providing you have a compatible advice. If you own (or have access to) a Nexus 5X, Nexus 6P, Pixel XL, Pixel C or Nexus Player, then you can partake in Android Oreo.

Google has set up the Android Beta Program page, which you can use to sign in with the same Google email account used on one of the named devices listed above. Once you’ve done this, click the ‘Enrol Device’ button next to the image of your eligible device, agree to the terms of Android’s beta testing and check for an update on your phone or tablet.

According to Android Authority, Google Assistant might be way ahead of its competitors with certain tasks, however not with third-party integration. XDA Developers on the Android Developers website found code that has the capability for an app to create a new task in Android’s activity manager.

Developers can use Google’s AI to incorporate Microsoft’s Cortana and Amazon’s Alexa into their apps. For Google Assistant to fully function, the device would need to be compatible with Oreo. Additionally, the app itself must support Oreo, meaning the preliminary list of apps that incorporate Google Assistant is expected to be small.

Read more on Android Oreo and how the beta program works.

Apple recently dropped their latest beta for iOS11, which has been in testing for a couple of months already. The beta program is mainly designed and targeted at developers working on the updates on apps.

Developers that pay $99 a year to access new betas, developer tools, and content have direct access to iOS11. However, if you’re not a developer, you can join the free public beta program which you will receive the same update shortly afterwards, once Apple knows for definite that the beta is not going to fault your device.

If you’re not a developer, it’s recommended to install the public beta iOS11 to a device you spend less time on such as your iPad because beta versions of iOS usually drain battery life quickly on iPhones.

Read more about iOS11 exceptions and current development, and how it will impact the look of the iPad.

Twitter has been busy developing behind the scenes. The social media network is made up of some of the biggest Scala codebases in the world to ensure that people can keep tweeting. A group of Twitter engineers has come up with an experimental new Scala compiler aimed solely at improving compiler speed.

Read more about how the Reasonable Scala Compiler works and its goals.

If you enjoyed this content, why don’t you consider subscribing? Whenever a new article is posted we will send an email to your inbox letting you know.