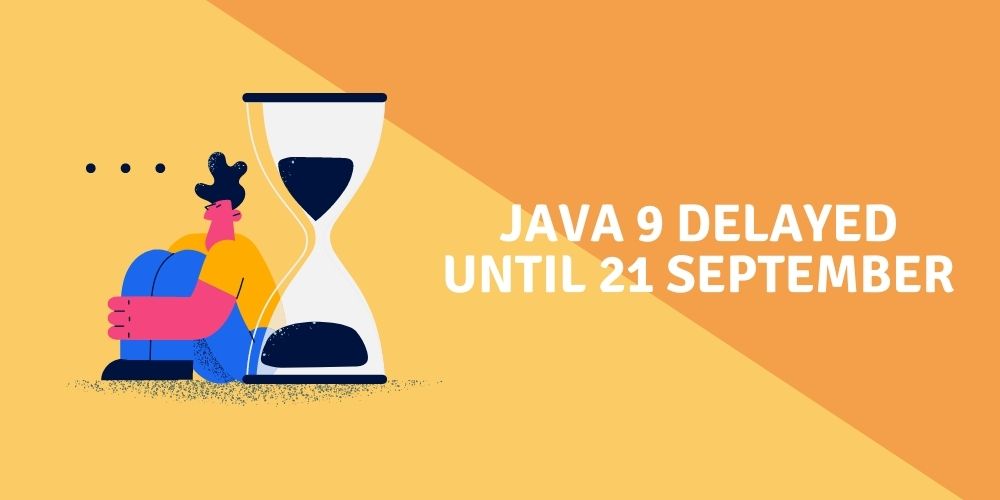 After months of building and speculation, Java 9 has been delayed until late September this year.

After issues raised by IBM and Red Hat over the modularity build, the Java 9 release date has, unfortunately, had to be stalled.

In addition to this, we have rounded up some of the most important highlights that happened in June including Apple’s artificial intelligence development work in mobile, the future of Google, and the decline of the Ruby language.

At the end of  May, Mark Reinhold, Chief Architect of the Java Platform Group at Oracle, planned to ‘adjust the general availability data in order to accommodate the additional time required to move through the Java Community Process (JCP)’. As there were no objections, Java 9 is set to be released on 21 September.

You can read up on what to expect from Java 9 when it is released.

Artificial Intelligence: the next big thing in mobile

According to CIOs who attended the MIT CIO Symposium with Alpha Software, artificial intelligence is going to be the next big thing in mobile app development.

Apple is working on a processor designed solely to perform Artificial Intelligence-related tasks, and it will ultimately be built-in in many of its devices including iPhone and iPads.

This chip, known as the Apple Neural Engine, would work in many kinds of devices, and will likely be used in the self-driving cars that Apple is rumoured to be working on.

Apple has already tested prototypes of iPhones with the chip, and are already planning further development.

The future of Google: YouTube, Recruitment, VR/AR and AI

Earlier in June, Google held its annual Google I/O Developer conference. The conference gave a lot of insight on how Google is scaling up and improving their presence. This includes making YouTube better for creators, making the process easier for job seekers to search for jobs by cutting out the middleman and replacing Siri on Apple iPhones.

Google is essentially putting itself into places in our everyday communications where they have never been before. Google is doing this by gathering all the private data from its users with industry-leading artificial intelligence.

With several promises announced at the Google I/O developer conference, Google is filling in the gaps and approaching into new territory so much so that it is becoming more difficult to escape.

In case you missed it, here are nine important highlights from Google’s I/O developer conference here.

According to the Department of Education and Skills, Digital Strategy for Schools 2015-2020 Action Plan 2017 is the first of a series of yearly action tactics aimed at achieving the ambition of the Digital Strategy.

The project action plan has laid out a clear vision to embed ICT in schools to understand the potential of digital technologies to enhance teaching, learning and assessment so that Ireland’s young people become engaged thinkers, active learners, knowledge constructors and global citizens to participate fully in society and the economy.

One of the key elements in the plan includes a programme of curriculum reforms will see ICT embedded in all emerging curricular specifications and intense preparation for the phased introduction of Computer Science as a Leaving Certificate subject option from 2018 and coding as part of the primary school maths curriculum.

The Digital Strategy for Schools 2015-2020 Action plan hopes to benefit the coding community.

Neo4j is now available on the AWS Marketplace

For many Neo4j users, they host their databases in on-premise data centres, but there’s an increasing trend of using cloud-based hosting providers.

EC2 on Amazon Web Services (AWS) has consistently been a common choice given its accomplishment in the market.

Ammonite, an open source tool to use the Scala language for scripting, is anticipated to debut in its Version 1.0 production in the next couple of months.

The project, which is two years old, allows Scala to be used for small scripts. It offers an interactive REPL (read-eval-print loop) and system shell capabilities. Additionally, the project has the ability to be used as a library in existing Scala projects, via the Ammonite-Ops file system library.

Scala was built for the Java Virtual Machine (JVM) and was also sustained to JavaScript compilation via Scala.js and to the LLVM compiler via Scala Native.

Read more about how Ammonite’s REPL serve as a replacement for the default Scala REPL.

Is Ruby in permanent decline?

Although Ruby has had a reputation for being a user-friendly language for building web applications, the language is being questioned on its position among developers.

RedMonk index ranked Ruby at eighth, which is the lowest position the languages has ever been. Right now, Swift and now Kotlin are the recognisable choices for inherent mobile development. Go and Rust are stronger modern options for infrastructure.

Despite Ruby still being very popular, developers are questioning whether it is disappearing.

Read more about how these rankings are formulated and what Ruby’s previous rankings have been in the past.

Which news highlight piqued your interest? Let us know in the comments.